Members of Witnesses to Hunger are often called upon to give their expert testimonies and share their stories with people interested in learning more about the realities of living in poverty. They are also occasionally featured when people are inspired by the work that they do. Check out what the members have been up to below!

Coverage of our #TheseCutsHurt Day of Action, which raised awareness and conversation on how national budget cuts to public assistance programs like SNAP and Medicare would endanger people living in poverty.

Myra Young writes about Trump budget cuts and how they make America weaker.

Witnesses to Hunger is mentioned as a model that works in the fight against hunger. 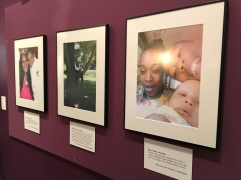 Coverage of the EAT Cafe Exhibit opening via The Triangle.